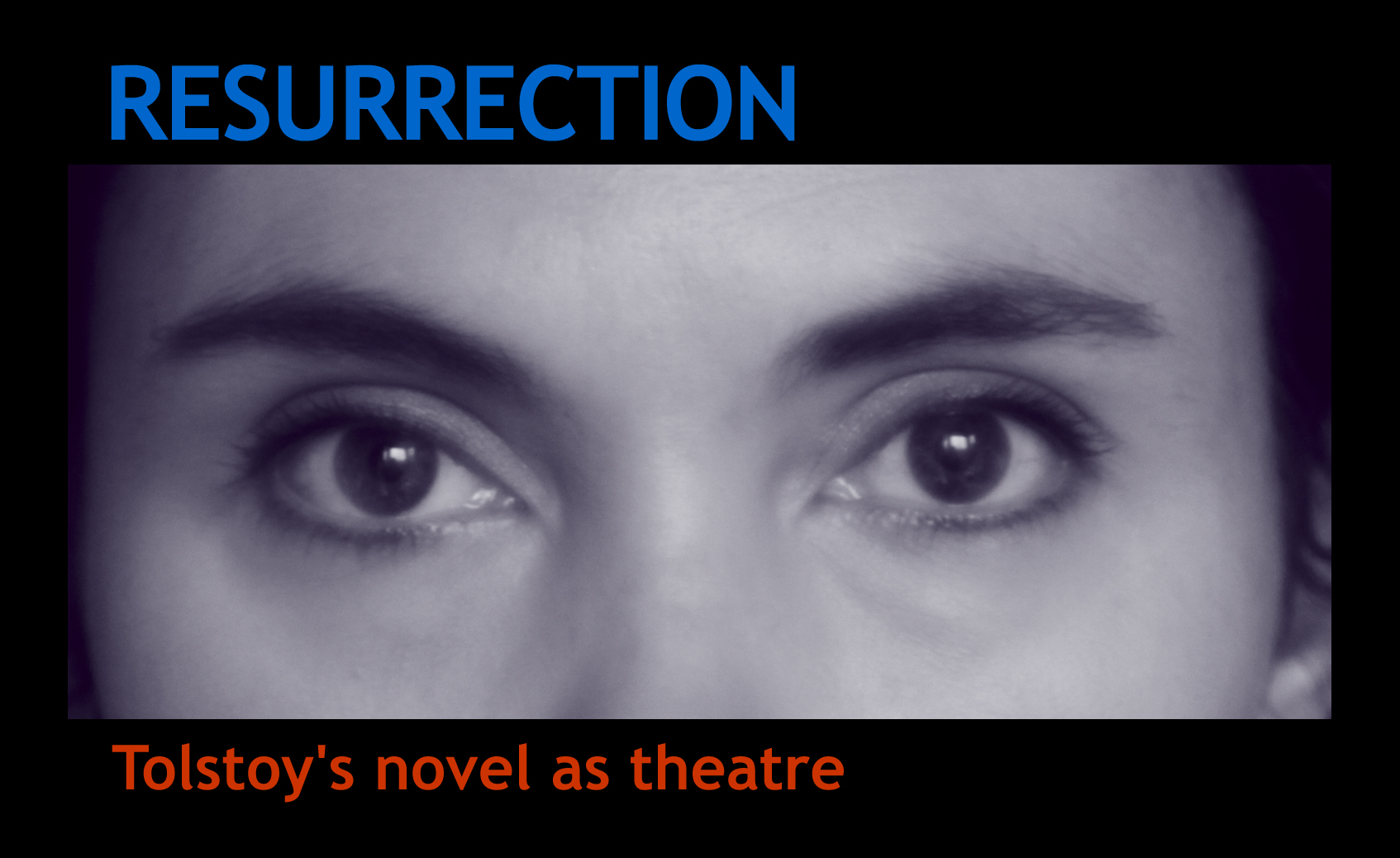 Az Theatre presented a reading of Jonathan Chadwick’s stage adaptation of Tolstoy’s last novel as a benefit for our ‘War and Peace: Gaza – London’ project at Rich Mix on Sunday 18th January 2015 at 3pm

This project is in development. We are developing a stage presentation and also planning to work on themes and passages from the adaptation with the Refugee Community in Islington.

Cataclysmic personal and moral change occurs when a young wealthy landowner is on the jury for a trial in which the woman he seduced as a teenager is up for murder. Tolstoy’s last novel Resurrection, written twenty years after Anna Karenina, describes a devastating moral journey towards an uncertain resolution that takes in Siberia and the emerging revolutionary politics of 1890’s Russia.

This stage adaptation by Az Theatre’s Artistic Director, Jonathan Chadwick, brings a contemporary frame to this extraordinary encounter between the wealthy Nekhlyudov and the sex-worker, Maslova. Az Theatre pursues the investigation of Tolstoy’s moral and artistic universe, initiated in the partnership with Theatre for Everybody in Gaza with the project to produce a contemporary Arabic stage version of War and Peace in Gaza, Palestine.

This reading is presented as a benefit for the ‘War and Peace: Gaza-London’ project in Gaza. Readers include: Philip Arditti, Annabel Capper,Tom Clark, Tom Chadwick, Deborah Findlay, Zaydun Khalaf, Elsa Mollien, David Mumeni, Andrea Smith Valls, Maggie Steed and Jennie Stoller. All the artists have given their work for free. All ticket money goes to benefit the project. Further donations will be asked for at the event and there will be an update of the War and Peace project.