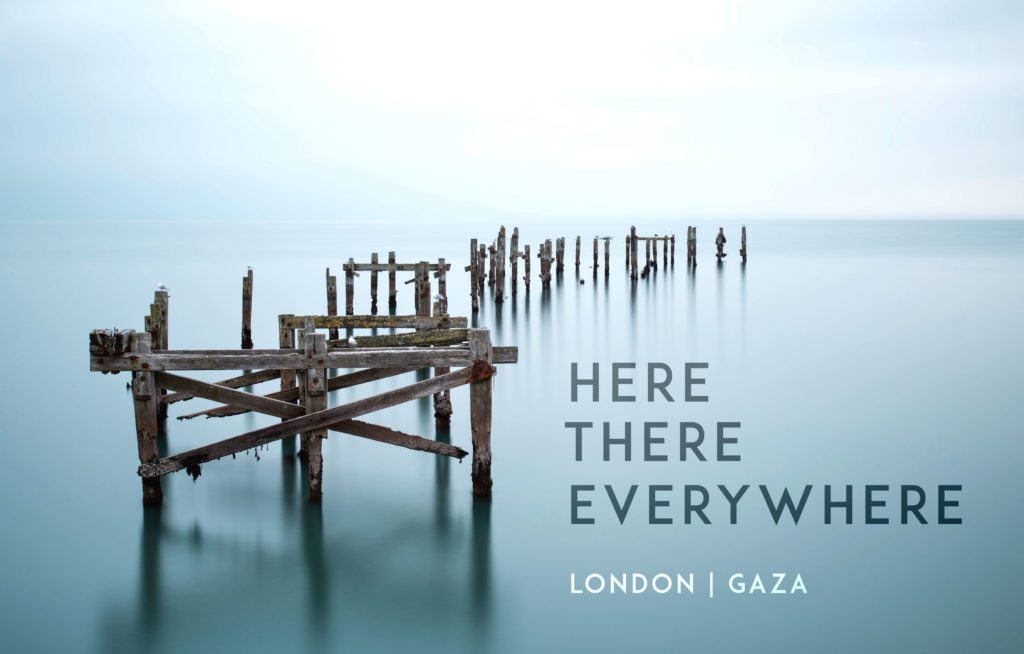 The new phase of our GAZA DRAMA LONG TERM project is called HERE, THERE & EVERYWHERE.

The occasion for the creation of a ‘live events space’ is the production in Gaza in late September 2017 of Theatre for Everybody’s adaptation of Tolstoy’s War & Peace. This is a stage in GAZA DRAMA LONG TERM, a ten-year cultural exchange project between Theatre for Everybody (Gaza, Palestine) and Az Theatre (London, UK).

The keynote of this stage of our project is ‘connections’. As Angela Y Davis points out in her most recent book FREEDOM IS A CONSTANT STRUGGLE (Haymarket Books 2016): “The tendency has been to consider Palestine a separate – unfortunately too often marginal – issue” p.11

Nelson Mandela said: “We know too well that our freedom is incomplete without the freedom of the Palestinians”

In the Native Americans Rise protest against the Dakota Access Oil Pipeline in March led by the Sioux from the Standing Rock reservation the chant went up: ‘Occupation is a crime, From Standing Rock to Palestine’

Our aspiration is to unite different forms of expression and engage with connections between struggles in Palestine, the UK, in Ferguson, Missouri, in Diyarbakir, Eastern Turkey and elsewhere. This entails a strategy of ‘intersectionality’, ‘efforts to think, analyze, organize as we recognize interconnections of race, class, gender, sexuality’ (Davis op cit. p.18)

Never has it been so clear that the issues raised by the Palestinian struggle for freedom is at the centre of our own political and social discourses.

Theatre for Everyone in Gaza are producing a first ever Arabic stage adaptation of Tolstoy’s War & Peace in Gaza.  This is a part of the ten year cultural exchange partnership between Az Theatre and Theatre for Everybody.  There will be over fifteen performances.  Well over a thousand people in Gaza will be involved as producers, participants or as spectators.

Our ‘Live Events Space’ at P21 Gallery, King’s Cross London will run presentations, performances (poetry and spoken word), panel discussions, live video links with Gaza and elsewhere, have video screens with interviews with Gaza, space for information about Gaza and also about Theatre for Everybody’s new adaptation of Tolstoy’s War and Peace.  We want to link up with, echo, reverberate with this event in Gaza.  We want to provide insight into what is happening there…and here.  We are calling our space, HERE, THERE & EVERYWHERE

HERE, THERE & EVERYWHERE will tune in to differences and similarities between UK and Palestine and focus on ‘war on terror’, the ‘international civil war’ in which so many of are implicated, look at the relationship between ‘war-producing’ societies and ‘war-receiving’ societies. This space will be co-created by our partners in Gaza, Palestine.”

We are looking for people to come and work with us on a voluntary basis to help our campaign to raise money for our work and organise our ‘live events’ space.

Support HERE THERE EVERYWHERE, read more. Or simply click on the donate button on the right!